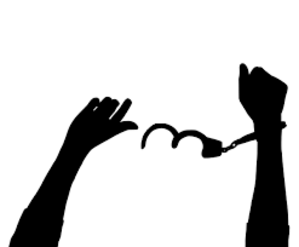 By The Rev'd Marlene Mutchler, Vicar

The jailer called for lights, and rushing in, he fell down trembling
before Paul and Silas. Then he brought them outside and said, “Sirs,
what must I do to be saved?” They answered, “Believe on the Lord
Jesus, and you will be saved, you and your household.” They spoke the
word of the Lord to him and to all who were in his house. At the same
hour of the night he took them and washed their wounds; then he and his
entire family were baptized without delay. He brought them up into the
house and set food before them; and he and his entire household

In this reading for Easter VII the jailer has a moment of profound angst followed by profound clarity. About midnight “there was
an earthquake, so violent that the foundations of the prison were shaken; and immediately all the doors were opened and everyone's chains were unfastened.” Upon awakening and believing that the prisoners he was responsible for had escaped,
he was about to kill himself, when Paul shouted in a loud voice, “Do not harm yourself, for we are all here.” The jailor was astounded. Everything that he believed before this point was a lie and everything that he thought was a lie turned out to be true.

Our lives are filled with these moments of what are often called paradigm shifts. A paradigm is a model that we use to understand the world. You might call it a lens, but I like the idea of calling the way we see the world our “story.” I am guessing
the jailor’s paradigm, up until that moment was that doors and chains do not open without human assistance. Maybe another part of his story was that for failure to perform his duty, his life would be demanded of him. He accepted this fact so quickly that he lost little time moving to the next sequence in his life plot by unsheathing his sword to spare him the ignominy and possible increased
suffering that might have been inflicted upon him by the state. Underlying that part of the jailor’s
story was that human life, and his life included, was not worth very much.​ As the jailor hit bottom, in what must have been an abyss of a sense of failure and fear of death, he found Christ there in his understanding that he would need a new model to account for the doors and chains falling open. He would need a new story to live by if these strangers whom he had kept imprisoned were pleading for his well being.

Haven’t we, too, come to those points when we cannot go on any further with the stories we have held for so long. Stories we grew up with, stories we see operating in the world? Stories of “might makes right,” or scarcity, or a belief that we will never truly be free?

Though Christians may profess to be followers of Jesus, it’s important to become more closely aware of the paradigms that truly operate in our life. What do we truly believe? Do we believe that we are forever bound to a life under the power of sufferings and evil of this world? Or do we believe that in the life, death, and resurrection of Christ all things are possible?

June is a great month for looking at things in a new way. We invite you to join and celebrate as the wildness of the Holy Spirit guides our hearts again to “believe in the Lord Jesus,” and commit to trust in our Christian story. Here are some liturgical opportunities to renew our spiritual paradigms:

• June 5, Pentecost, when we will be baptizing Hannah Eloise Bigler, grandchild to the
Dorsches
• June 12, Graduate Recognition/Newcomer Sunday, when we will give a graduation
blessing to Jacqueline Frawley, Graduating from Oregon State University and welcome
newcomers in our midst with a potluck
• June 19, The Bishop’s Visit, when we will welcome Bishop Akiyama, hear her preach and
support Aaron and Holly Sacket in their confirmations

Do come! Let’s live together again the stories of our faith that release us from the chains that bind
us.

Through the power of the Holy Spirit, 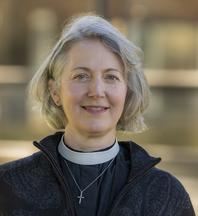 MESSAGE FROM OUR VICAR

Message from Our Vicar